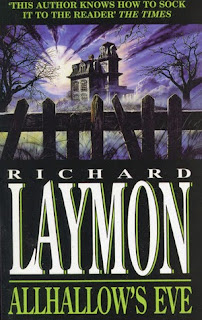 All Hallow's Eve is an interesting novel for a variety of reasons. It's not your typical Laymon novel. By this time people knew what to expect from him so this to me felt as if he were showing the critics that he was capable of creating a novel that was void of its usual mayhem. Eve is Laymon's attempt at a straight horror novel and surprisingly it works. Laymon proves here that he is a great story teller, but there is the usual references to sex, but not as much as say Come Out Tonight. These are still Laymon characters and when I say that I don't mean that to be derogatory at all. Laymon's characters are all a little flawed and show us that everyone has a darkside. All Hallow's Eve is no exception except for the fact that the action is a bit subdued and a lot of the darker, more horrifying aspects are stripped away so you get a chance to see just how good Laymon is without the mayhem.

A lot of people will tell you that this is by far the weakest Laymon novel and in some regards I disagree. To me it feels as if Laymon was once again trying to tap into mainstream success and in order to do that he had to change his style a little and there's nothing wrong with that. The novel itself is interesting and the house serves as a sort of catalyst for what's to come. There's enough there to keep you guessing and along the way we can see just how much the house actually plays into the overall plot. Laymon knows how to craft a story, and he's able to do this with a minimum amount of gore and sexual overtones.

If you're just getting into Laymon though this isn't the place to start because it isn't like any of his other novels. Another thing that keeps this from being a perfect novel is the ending. You finally get to the moment and then Laymon unleashes hell. This is a classic set up but the ending is just weak. It felt as if it were an afterthought or something Laymon came up with simply because the deadline was approaching, I have no idea how or why this was able to slide past the publishers but it did. It was the only dull spot in an engaging novel.

In terms of Laymon this is a decent four star effort that proves that he has enough talent to pull of a classic horror novel. The pacing is perfect and the characters are the kinds of people we expect to see in a Laymon novel. While he may have written this to silence the critics All Hallow's Eve is one of my favorite Laymon novels even if the ending was a bit weak. Once you finally get inside The Sherwood House Laymon lets loose and then we get to see what he's known for. Those last few pages are what made me a Laymon fan. He should have been huge but for some reason he never was and that is something I will never understand, He was a huge influence on my writing and All Hallow's Eve is a great novel that Laymon fans and non fans should read.

Popular posts from this blog 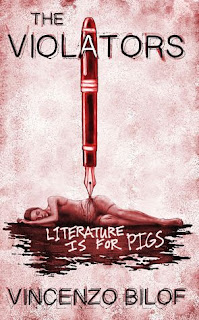 I received a copy of The Violators quite a few months ago but I sat on it because I wanted to wait until the release date to review it. I got this in December and knew that it wasn't going to be released for another two months! Officially this is released on the 23rd of February, but I have yet to see any any pre-order info but It'll be there I promise. Once that info becomes available you should hit the pre-order button and this review will explain exactly why you should do that. Trust me, this is a book you want to purchase and forget the Kindle version. The cover alone deserves to be purchased as a paperback.

The Violators is a novel that destroys everything you've been taught about art, and literature. Bilof's style is at times almost schizophrenic and even nonsensical. This is a book that barely has a plot and its place gives us cliches and violence. The women in The Violators are objectified and they want to be tr…
Read more 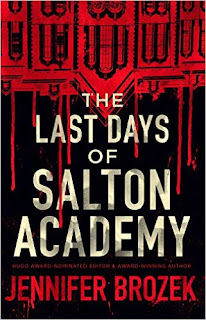 I received a copy of Last Days in exchange for an honest review, and to be honest I had no idea what it was about. All I had was a title and an idea of what it could be about. A school slowly dying. Had no idea that it was a zombie novel, not a clue. The thing is that this is not your typical zombie novel. It's way more than that. It's a character study of a school doing what they can to survive. There a lot of plot lines running through the novel and at times it's very distracting, but if you tried to streamline some of them the novel wouldn't work as well as it does. You have these survivors and their stories connect to the entire plot. It then becomes addicting to see what happens and where all of these threads lead.

If you're not a fan of the zombie genre and who can blame you? You should still read this because it's a great piece of fiction. Brozek keeps the plot moving at a steady clip and I…
Read more

The Woman In Our House 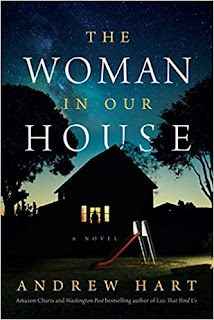 The Woman In Our House - Andrew Hart 3/5 stars


I’ve often said that books like these are a bit like junk food and there’s nothing wrong with that. Junk food is what we all need from time to time and no matter what people say, we all love junk food. The more the better. A Woman In Our House is exactly what I love in a good thriller. It ticks off all the boxes that make a book like this a good, but predictable read and I swear the writers of these must have a checklist tacked up somewhere so they hit all the right spots. The important thing here is the characters. They are the glue that holds these books together, and the plot may be predictable, but it has to connect with the reader somehow. Without the connection, and the characters it’s not going to work. That connection makes or breaks the book and that is the key to a good thriller.
Hart had written a book that follows the blueprints of other suspense thrillers which sounds bad because you know how it’s all going…
Read more